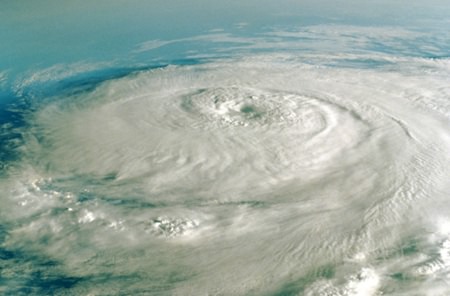 Is Your Home or Business Adequately Protected from Flood Damage?

Did you know your Homeowners Insurance does not cover Flood Damage?

Are you Eligible for Federally Subsidized Flood Insurance Coverage?

Below are answers to some common questions about Flood Insurance.

Why Do I Need Flood Insurance?

Louisiana is hit by more hurricanes than any other state except Florida and Texas! Damage to homes and businesses from a hurricane are not rare occurrences but a regular part of living along the Gulf Coast. Hurricanes causing exceptionally wide spread flood damage such as Hurricane Katrina in 2005 or Hurricane Betsy in 1965 may only occur once every 40 years or so. However, a sobering statictic from the National Weather Service is that on average, New Orleans gets brushed or directly hit by a hurricane or tropical storm every 2.27 years.

Even a relatively weak hurricane like Hurricane Issac in 2012 caused extensive flooding from storm surge and heavy rains all around the New Orleans area. Although the city itself avoided heavy flooding, communities around New Orleans such as Slidell to the east and Saint John the Baptist Parish to the west suffered extensive flooding.

New Orleans is the wetest city in America!
Despite popular belief, New Orleans, not Seattle, has more rainfall than any major city in America. With over 63 inches of rain a year, New Orleans has installed the world’s largest urban pumping system to cope with potential flooding from heavy rains. In addition to New Orleans, pumping stations help protect other communities within the levee system such as Metairie, Kenner, Chalmette and the Westbank of Orleans and Jefferson Parishes.

Even with these world class pumpimg systems, long time residents of New Orleans, Metairie, Kenner and other communities inside the levee system know that pumping systems can be overwhelmed by exceptionally heavy rains in short periods of time. As has happened many times in the past, heavy rains, with or without a hurricane, will always be a threat to homes and businesses (and vehicles!!!) in the New Orleans area.

Does Homeowner’s Insurance include Flood Insurance?

Who is Eligible for Flood Insurance Coverage?

Federally subsidized flood insurance from the National Flood Insurance Program is available to homes and businesses throughout Southeast Louisiana.

How Much Flood Insurance Coverage is Available?

What Is Excess Flood Insurance?

Make Sure Your Home and Business are Adequately Protected!

For a Quick Flood Insurance Quote for your home or business, call Alliance Insurance Agency Services at:

Or use our convenient online Flood Insurance Quote Form