Protection for any type or size business 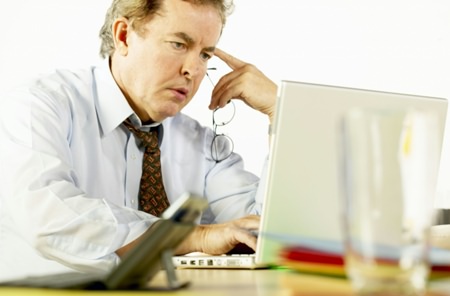 Every Business, Regardless of Size, is a Potential Target for Crime!

From robberies and burglaries by strangers to sophisticated fraud schemes by trusted employees, crime can financially devastate a business so it is important to have the right coverage.

What is Fidelity & Crime Insurance?

Fidelity & Crime Insurance coverage provides financial compensation to a business or organization for loss of money, securities and other property including inventory from a wide variety of criminal acts including employee theft, robbery, burglary, forgery, extortion and computer fraud. Crimes covered by Fidelity & Crime Insurance includes acts committed by employees as well as third parties.

Why Does My Business Need Fidelity & Crime Insurance?

Experts point out that crime is one of the fastest-growing, most prevalent problems facing businesses today. Business surveys show that one in three companies are concerned about employee theft and over 20% of the businesses surveyed have experienced some form of employee fraud in the past three years.

Theft by employees is becoming more common and small businesses with fewer controls are as vulnerable to employee theft as large businesses. In addition, advancements in computer technology crime make the threat of loss more ominous than ever before.

If you are not yet convinced that your business needs Fidelity & Crime Insurance protection here are some statistics on employee fraud:
• Fraud typically occurs for 3 years before detection
• Before committing a crime, 60% of offenders are employed five years or more by the business they defrauded.
• The average loss from employee fraud is $140,000, with many crimes totaling more than $1 million.

(Not all surety bonds are designed for use in business. Below are some examples of non-commercial surety bonds)

Judicial Bond – Judicial bonds are usually required by the court for litigants or people appointed to perform certain duties. There are several types of judicial bonds.

Fiduciary Bond – A fiduciary bond is generally required by fiduciaries who will handle the money or property of another, such as the administrators of estates or the guardians of minors.

Court Bond – A court bond protects a defendant whose property has been attached by a plaintiff because of previous legal proceedings, against the loss of the attached property or money should the plaintiff lose in a subsequent proceeding.

What are Contract Bonds?

Bid bonds guarantee that the winning bidder will actually sign a contract and purchase payment and performance bonds.

Performance bonds, common in the construction industry, guarantee that a contractor (the principal) will complete the project according to the contract.

Ancillary bonds guarantee that other provisions of a contract not related to performance are also completed satisfactorily.

What is a Performance Bond?

(Outside the construction industry, non-construction performance surety bonds are used to help ensure fulfillment of virtually any contract obligation such as performance bonds issued when stock futures are bought on a margin, a type of down payment).

Performance bonds are generally issued as part of a ‘Performance and Payment Bond’ by the surety. The payment bond guarantees that all workers, subcontractors and suppliers will be paid by the contractor. This avoids suits and liens by unpaid workers and suppliers.

What is a Fidelity Bond?

A fidelity bond helps a business recover losses due to employee dishonesty such as: employee theft, misappropriation of company funds, employee theft on client premises or while performing services for others, forgery, deliberate destruction, robbery, safe burglary and computer and funds transfer fraud. Fidelity bonds are typically created to manage long-term relationships and not individual projects.

Can Anyone Get a Bond?

Surety bonds are issued to principles (businesses and individuals) who are deemed a good risk.
Small contractors such as electricians, plumbers, roofers, carpenters, painters and landscapers can usually acquire performance and payment bonds with good credit, sufficient assets and good customer references. The larger the bond, the more additional vetting is required to assure that the principal is a good risk for the amount of the bond.

Because the company that issues a surety bond will sue the principal, if it is obligated to pay the obligee of the surety bond, a major consideration will be the financial assets, debts, and working capital of the principal. Other considerations would be bank lines of credit, whether the principle pays their bills promptly and has good customer references. In the case of a construction project, the surety company will evaluate the contractor to be sure he has the resources and capacity to perform the contract according to its terms and conditions.